Looking for an Estate Agent in the Docklands?

Work With An Estate Agent That Knows The Local Market Within The Docklands.

Over 15 Years Experience In The London Property Sector. Looking for Buyers or Tenants. Get a free Property Valuation 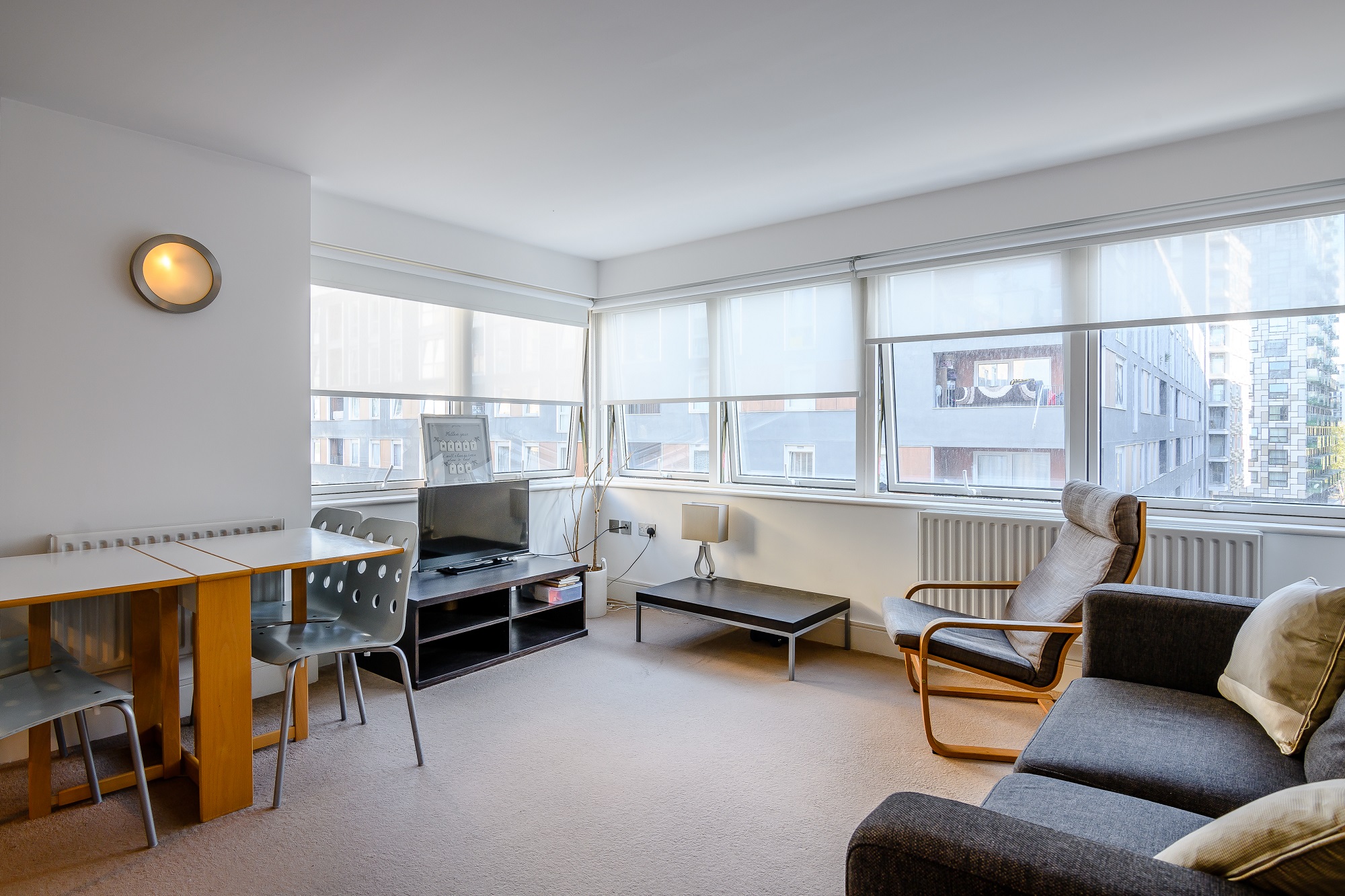 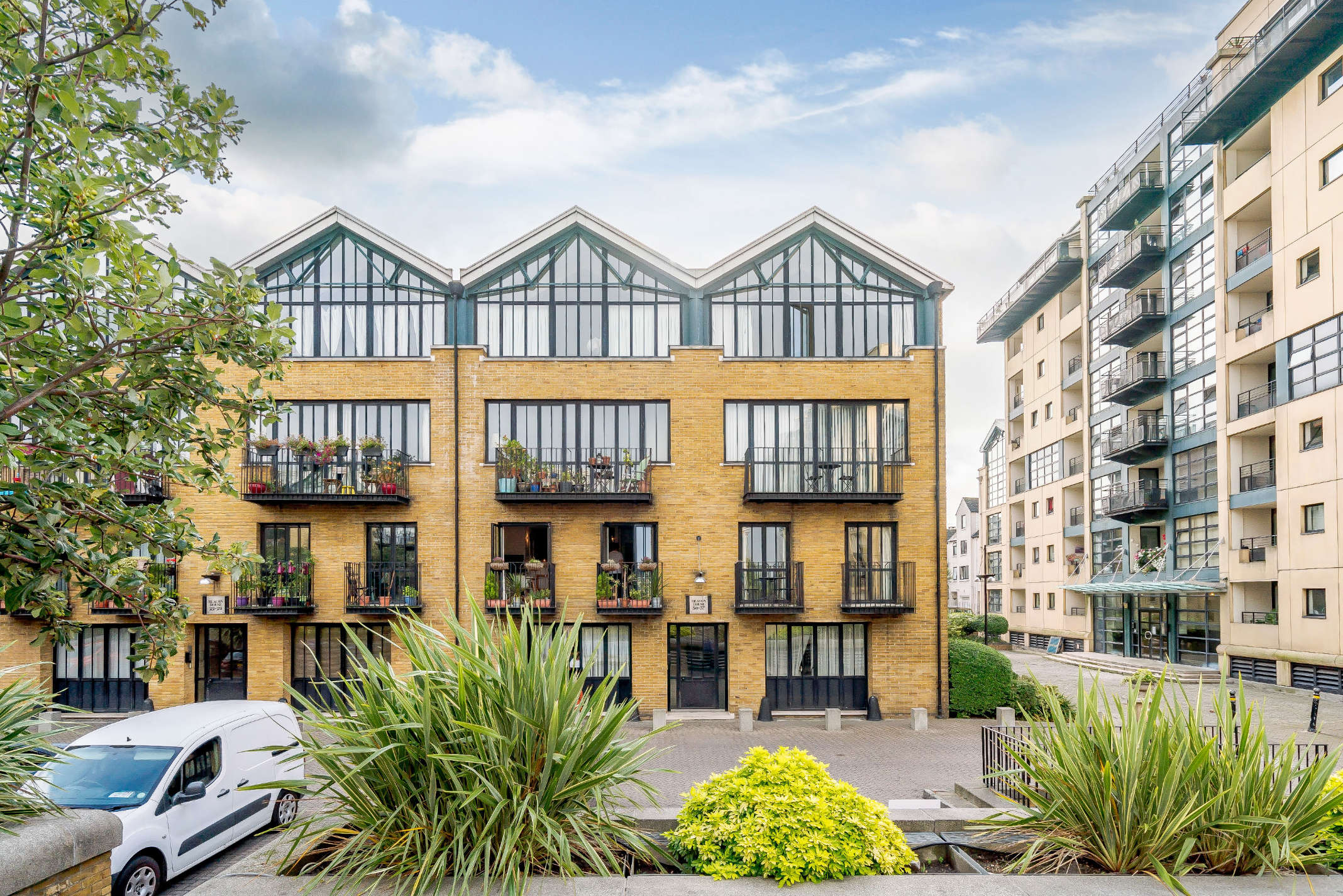 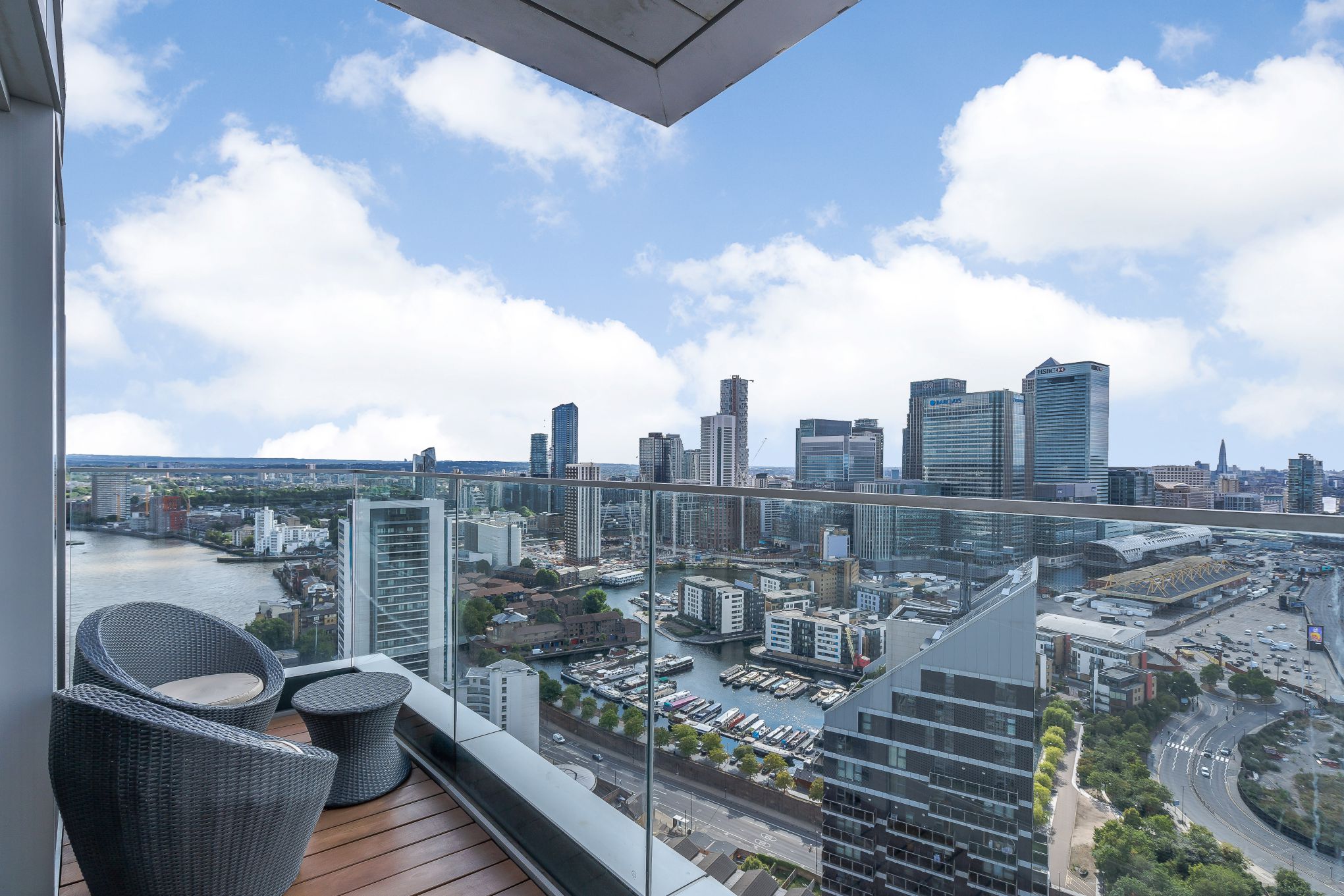 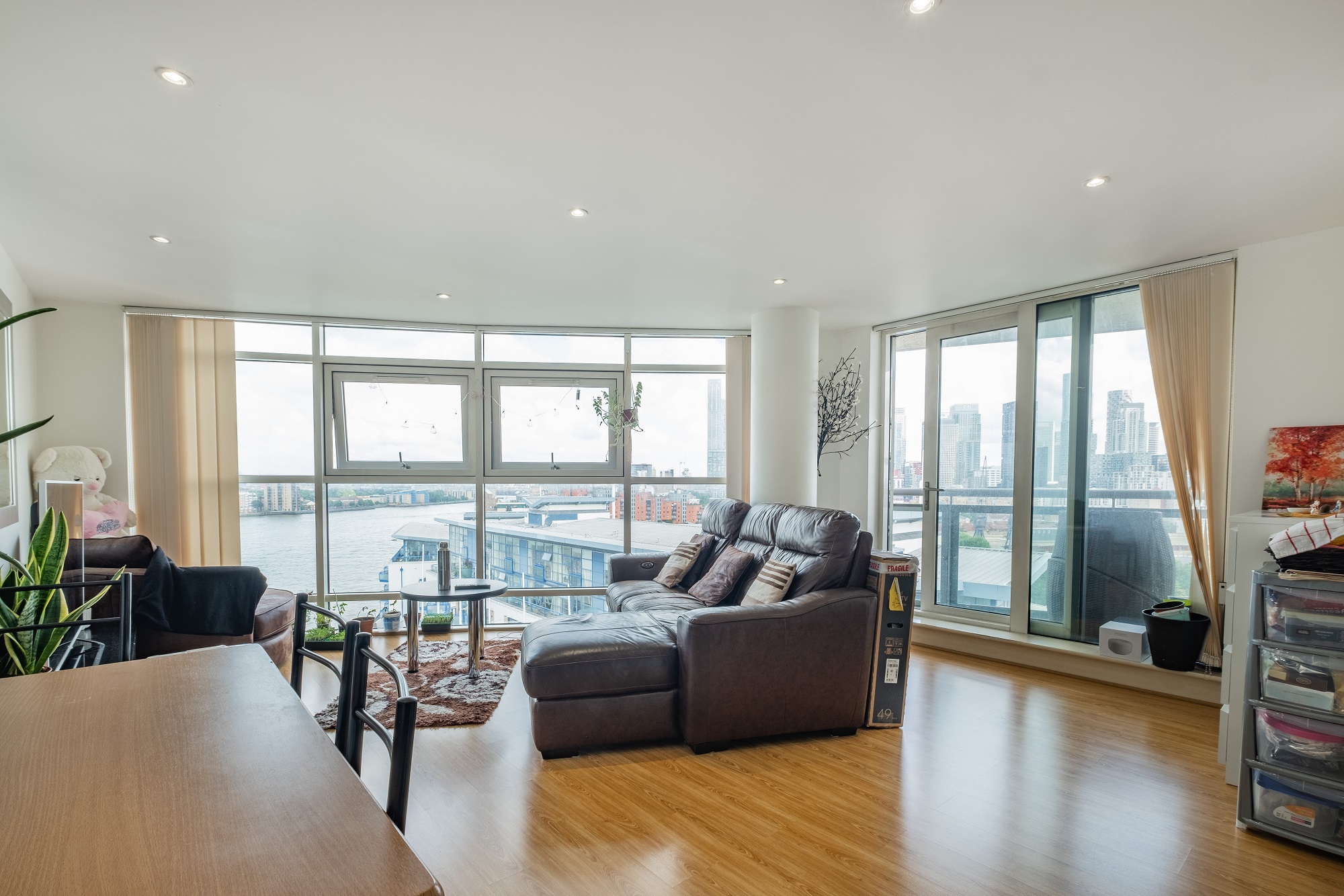 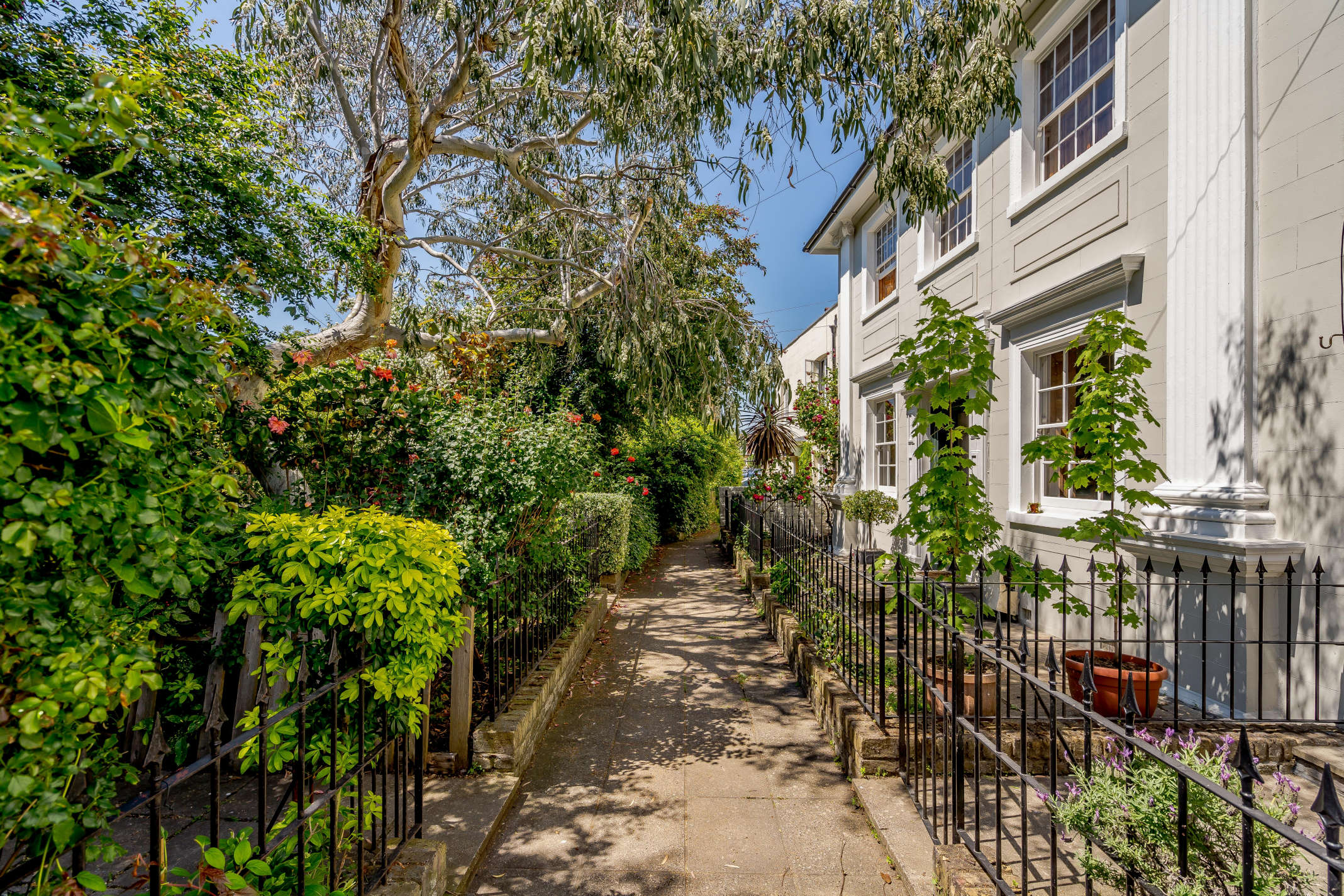 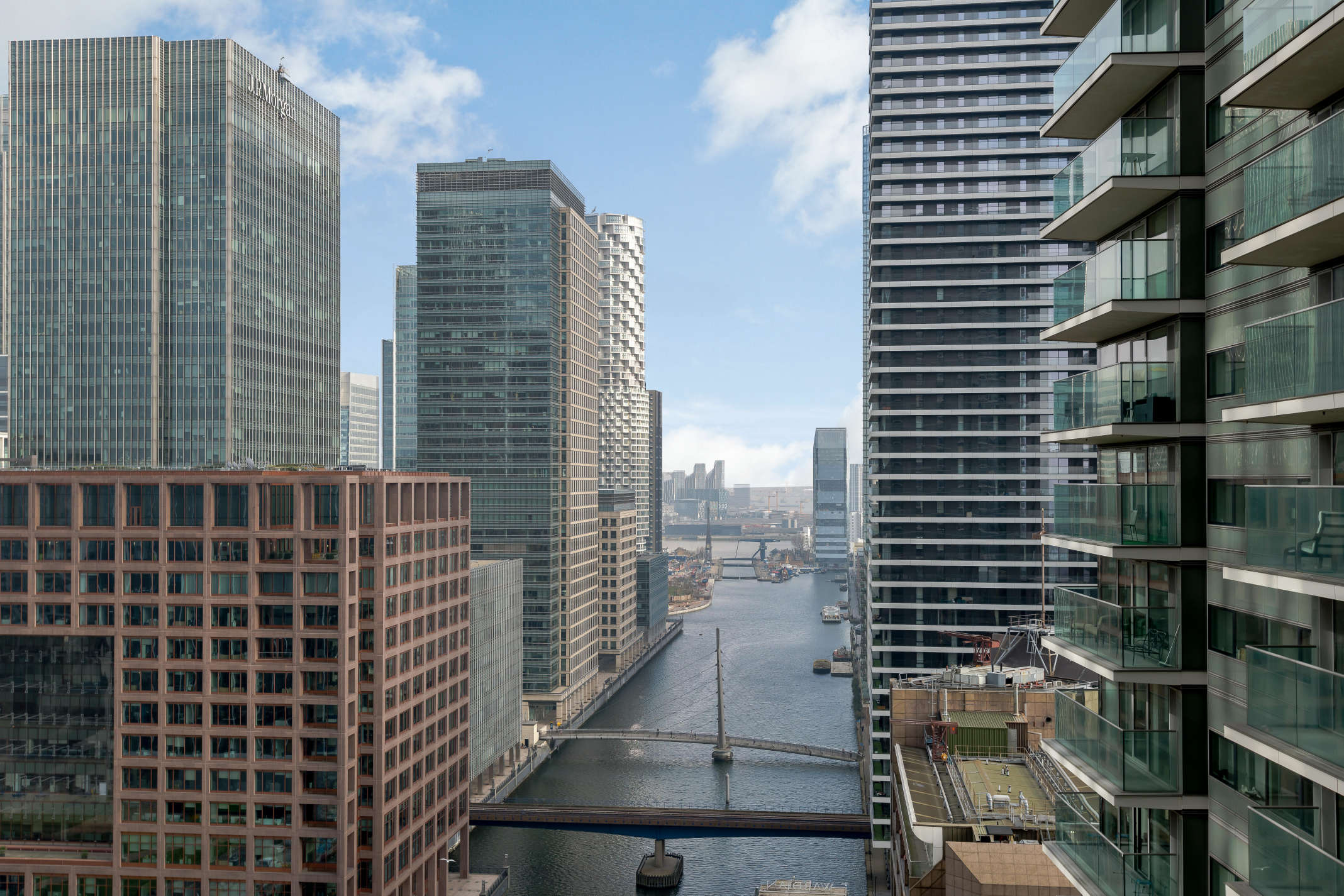 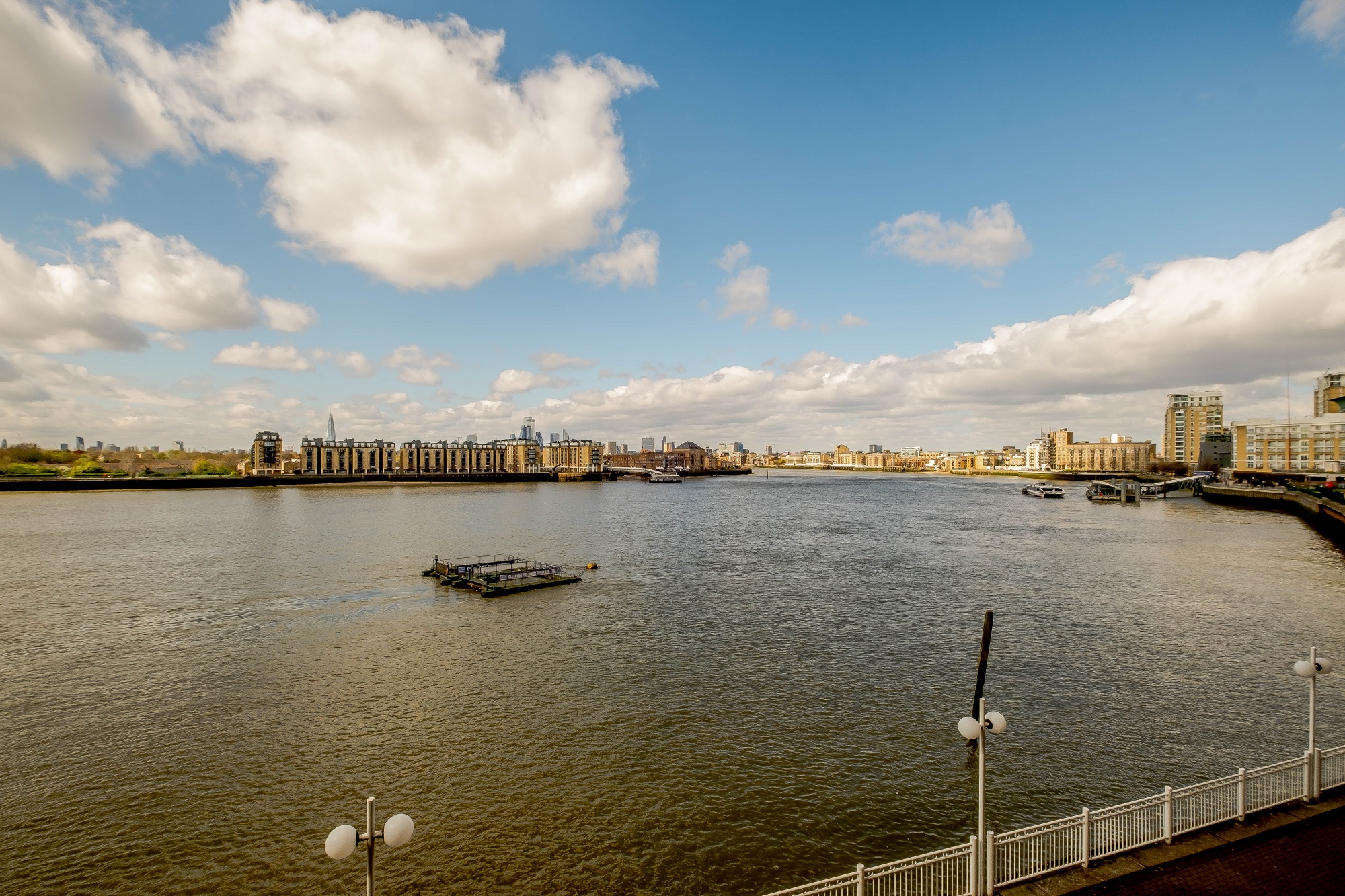 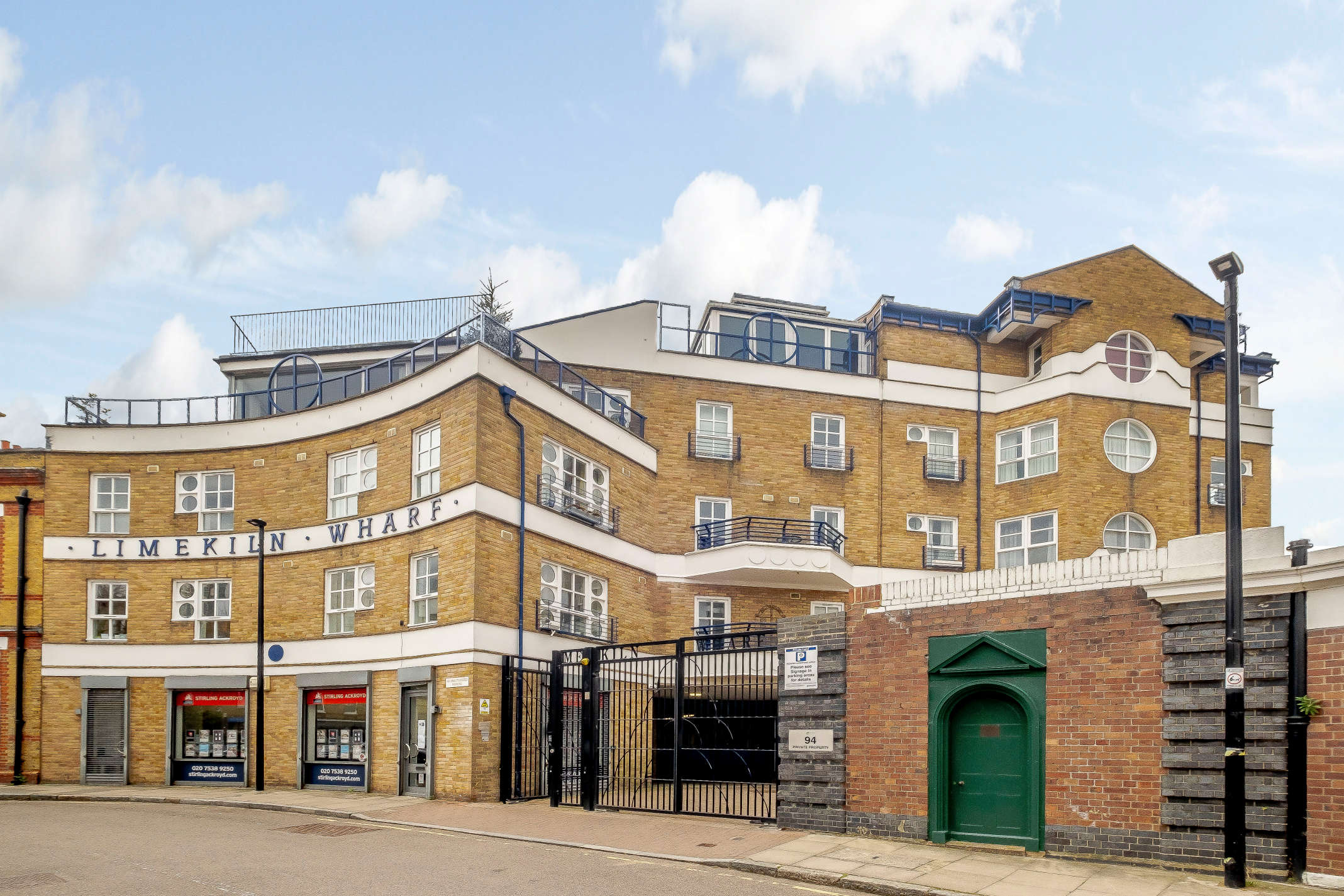 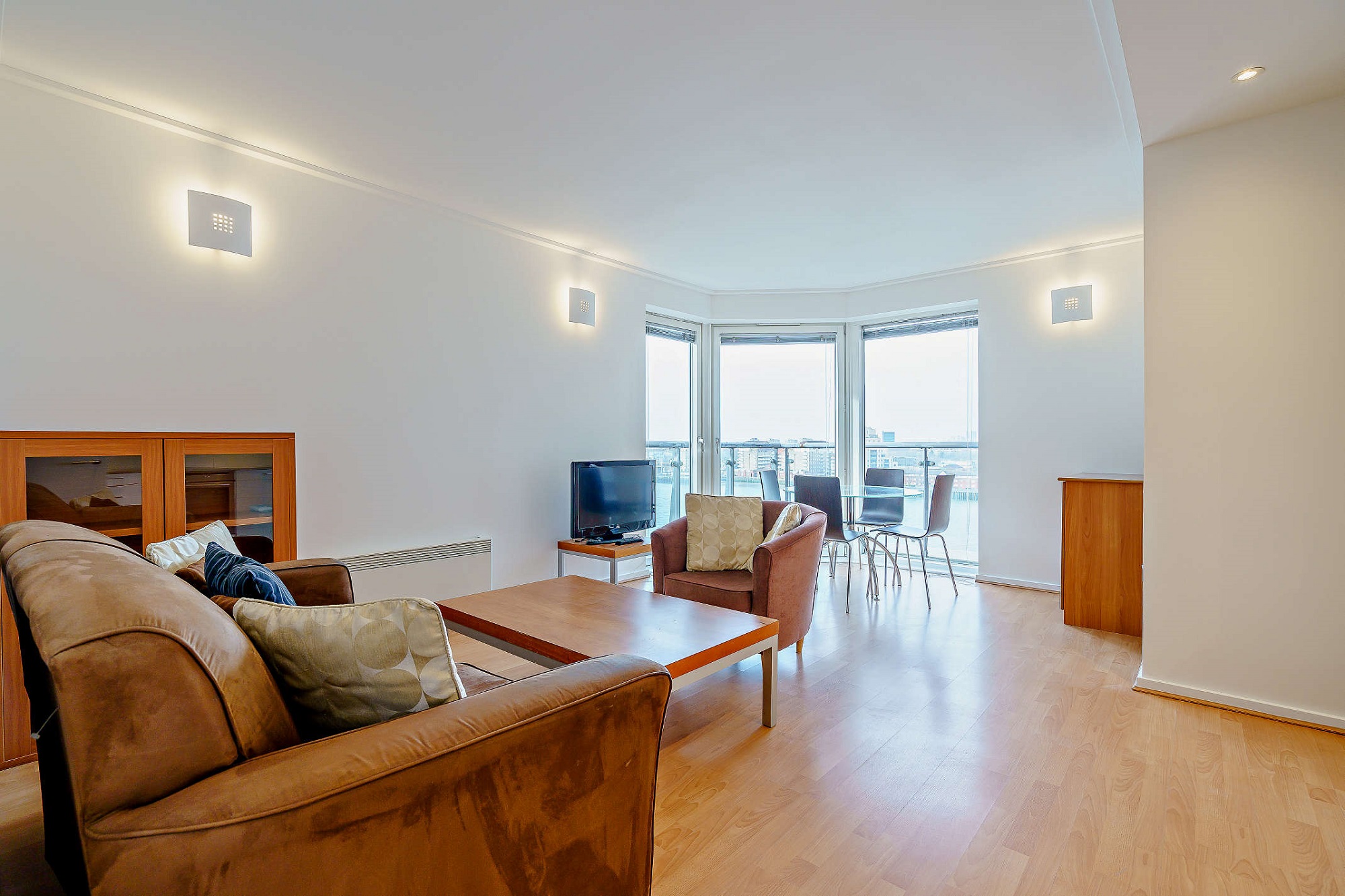 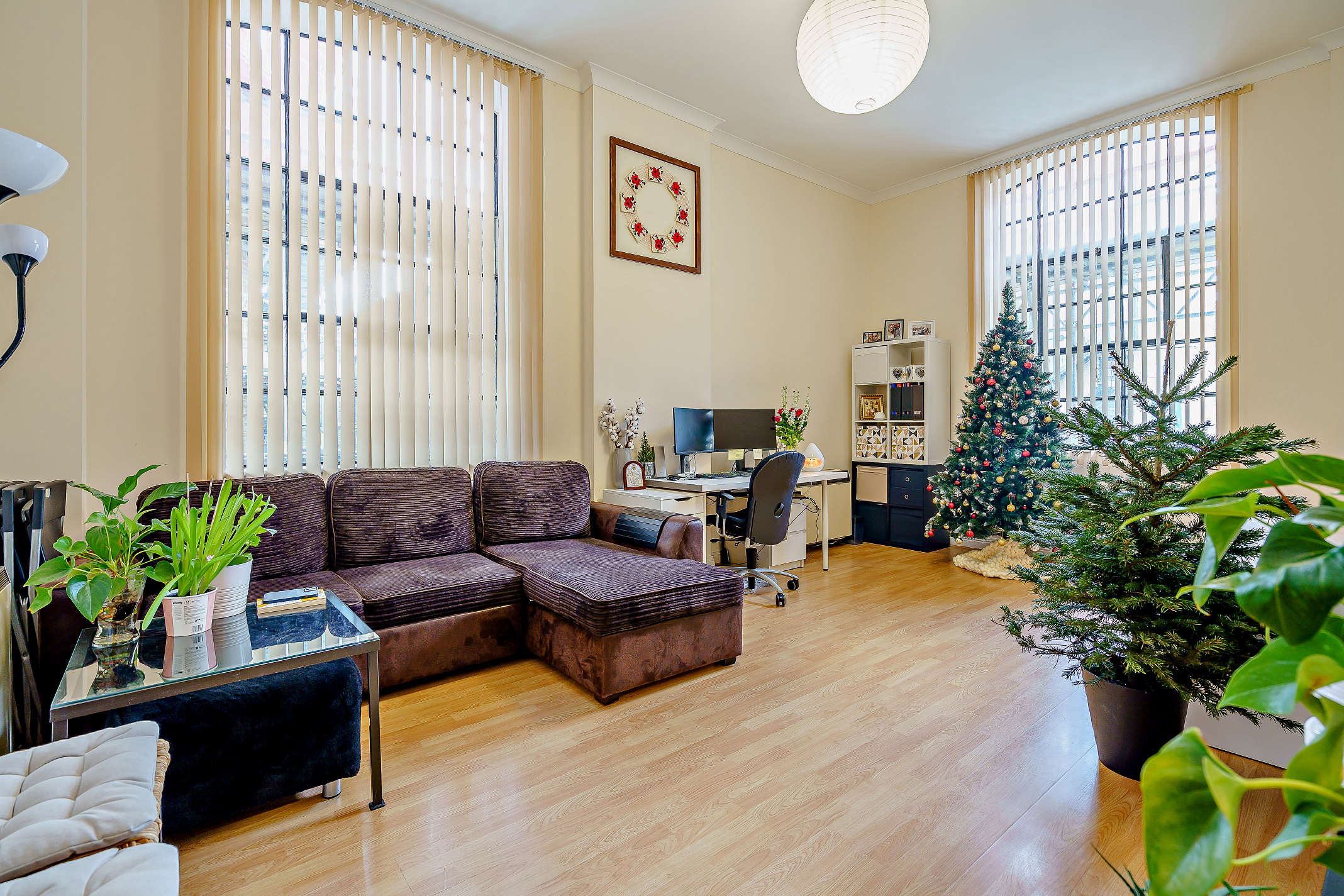 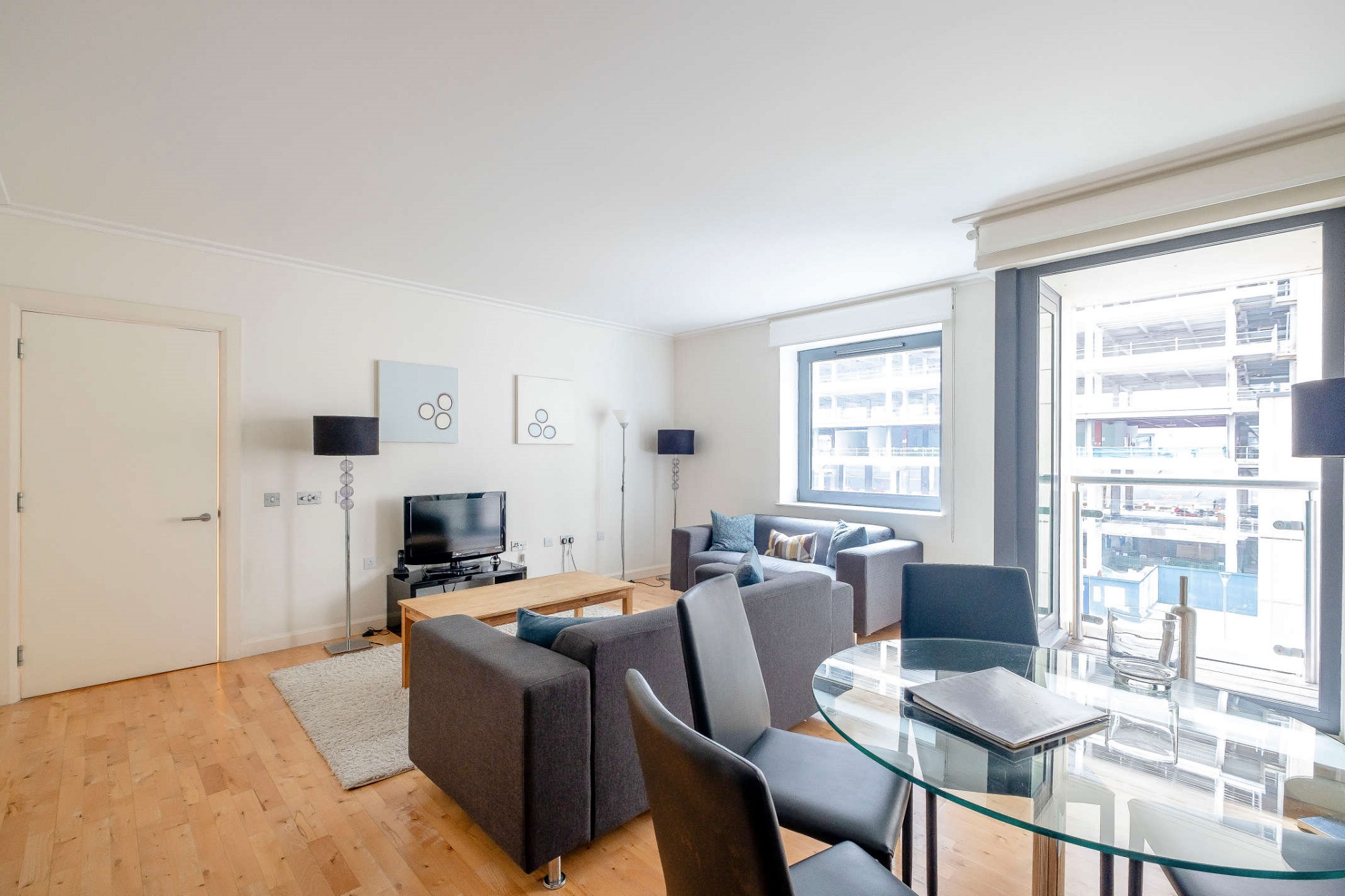 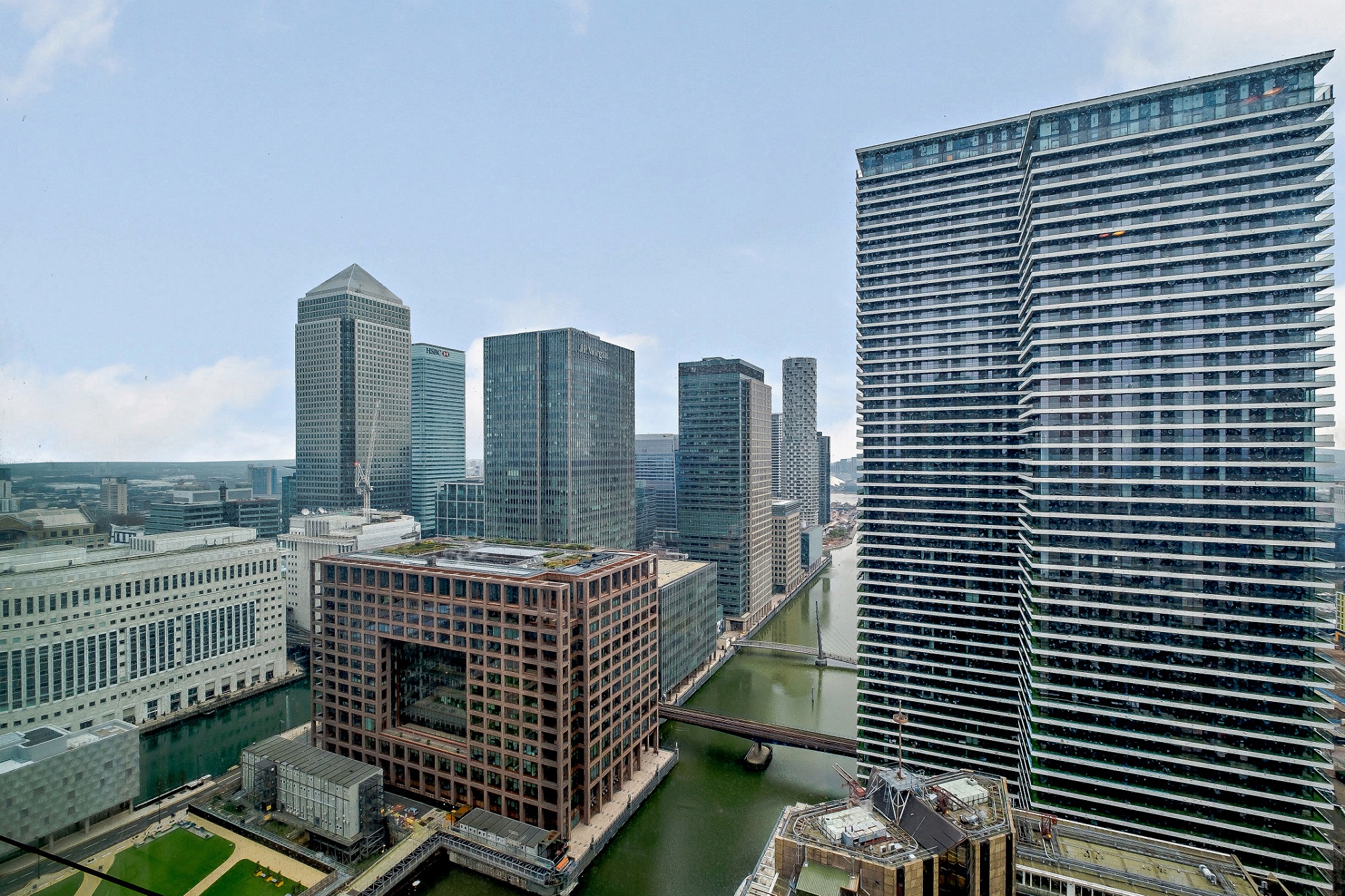 5 star rated
by our customers

Trust pilot widget will be here

Why choose Fisks London to Sell Your Docklands Property?

Our experience has taught us how to achieve maximum market value for your property within the timescale that you set. We provide free professional advice, whether you have a portfolio of property or a single studio flat to sell. Our office is located in a popular Docklands High Street position and benefits from excellent footfall. We are open until 7:00pm on week days and often accompany viewings up to 8:00pm for the convenience of our purchasers.

London’s Docklands are one of the most exciting places to live in the city. Just half a century ago, the area was mostly old low-rise buildings and urban decay. But thanks to impressive redevelopment, it is now one of the most coveted places to live in the capital. It provides access to places of work, multiple amenities and sits close to the Thames, providing stunning views. Those living in high-rise accommodation get views over the City, Stratford, Limehouse and many other parts of the city and countryside beyond.

Docklands was once part of the port of London and the world’s largest ports, featuring giant warehouses that sat right next to Thames for unloading ships. Some of that heritage remains and is celebrated in the Docklands Museum, close to the heart of the Canary Wharf Development.

In the 1980s, the Conservative government decided that it wanted the area to become a business hub – acting as an alternative to the somewhat congested City of London. Construction began on the development of a 230-metre office building at One Canada Square that later attracted other global corporations to the area. HSBC and Citigroup soon established offices, driving the clustering of yet more financial firms.

Over the last two decades, demand for housing close to these developments skyrocketed, leading to the construction of some of Britain’s tallest and most exclusive apartment buildings.

Docklands development, however, doesn’t do away entirely with the old. There is still a smattering of traditional Victorian houses in the region, providing more traditional living arrangements for those who want them. Many older properties have been heavily modified to make them suitable for modern living.

Sitting right in the commercial heart of London, Docklands offers a plethora of shopping and entertainment options – especially during weekday working hours. Here, you’ll find many shops, restaurants and bars – some of which offer alfresco seating, overlooking the stunning architecture of the area.

Docklands retains many of its traditional waterways and marinas where you can ride in dinghies or take long strolls next to the water. If you enjoy your history, you might want to pay a visit to the Museum of London Docklands which provides exhibits that take you through the history of the area. The region was once the centre of imports and exports to the UK, with thousands of workers using traditional machinery to load and unload cargo from ships. Later, in the middle part of the 20th century, it went into decline before revival from the 1990s onwards. Docklands is also close to the Cutty Sark – a beautiful military vessel with a fabulous history. If you decide to relocate, you’ll also get access to the Docklands Sailing and Watersports Centre which offers a range of activities.

You would think that as one of the most developed areas of London, Docklands wouldn’t have many opportunities for outdoor recreation. But that’s not entirely true. While green spaces are at a premium, it plays host to multiple parks, play areas and green spaces close by.

If you want to escape the hustle and bustle of the city for a while without having to take a long drive, you can take the DLR to Mudchute Park, an attractive area run by a charity on the Isle of Dogs. It offers more than 32 acres of outdoor space for you to enjoy and rest in. There’s also a city farm – great for kids.

Just south of the Thames, you’ll find the Royal Greenwich Park. It offers more than 180 acres of open space and provides amenities for both children and adults. It sees millions of people come through its gates every year and is a popular location for playing sports.

The architecture in the Docklands area is among the most interesting in the country. Outside of the City of London, is it one of the UK’s only genuine high rise commercial developments and forms a second central business district. Those living in the area tend to enjoy waking up to views of large, gleaming tower complexes overlooking the Thames and the rest of London.

The area is popular among wealthy business people and contractors who serve local firms. Families looking for a cosmopolitan lifestyle will often relocate to the region too.

Docklands lies at the heart of the Docklands Light Rail (DLR). It runs from Bank and Tower Gate to many stations in Canary Wharf and southeast London. Residents can take the DLR to Canning Town, Star Lane, Pontoon Dock, Royal Albert, Royal Victoria, King George V, Custom House and London City Airport. They can also rejoin the Central and District Lines of the London Underground at Tower Hill.

The amount of council tax you pay in Docklands depends on your postcode. Just like other areas of the country, the Newham local authority splits residents up into bands. These are as follows:

Some residents, including disabled people and single-occupiers may be able to apply for discounts.

Finding a property in Docklands can be a challenge. But as your estate agents, Fisks London is here to help. Our team has tremendous experience and detailed local knowledge of the area. This advantage allows us to find candidate properties with the features you need at competitive prices.

We are a member of the Association of Residential Letting Agents and have many qualified and provide all the skilled professionals you need to make your transaction a success. Stay abreast of the latest market and regulatory updates lets us give you the best advice and insights.

Our friendly and knowledgeable team are focused on treating every client as an individual. We will apply our experience and expertise to provide the best possible level of service and get the best results every single time. 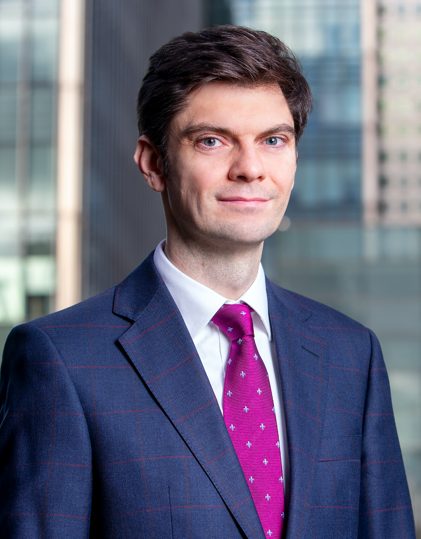 James has over twenty five years’ experience in commerce. Initially working in the City specialising in executive search for the investment banking industry, James started his Estate Agency Career in 2002 opening Fisks London in 2004.  A member of ARLA (Association of Residential Letting Agents) and the NAEA (National Association of Estate Agents) since 2007. James is passionate about delivering the highest levels of customer service. 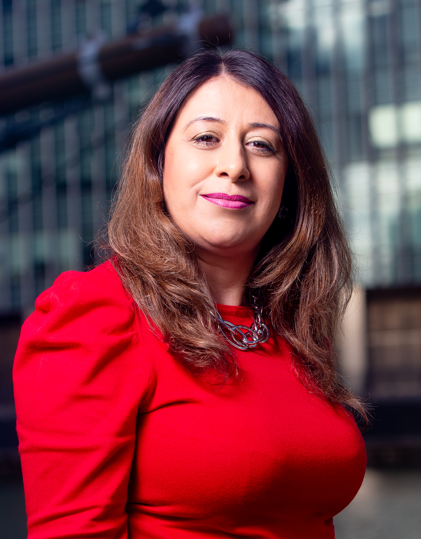 Having started her career in retail banking Lubna joined Fisks London in 2008. A member of ARLA (Association of Residential Lettings Agents) for over a decade. Lubna is a conscientious and effective Property Manager. Lubna is often found at her desk after office hours resolving maintenance issues rather than delaying to the next day. 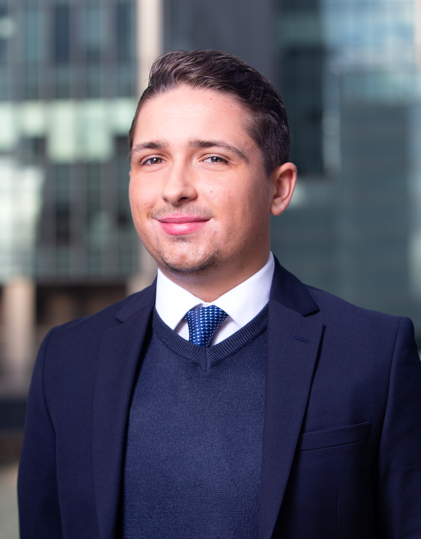 Martin joined Fisks in 2014 as a Trainee Property Consultant. During his first month he soon proved his potential by deftly negotiating a tenancy with an annual rent of £36,400 on a prestigious Wapping river front property. Martin is a highly effective and driven lettings and sales negotiator. 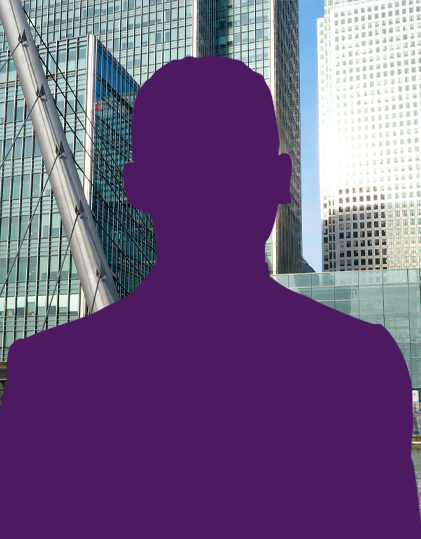 Graduating in 2019 with first class honours in psychology, Maisha gained a year’s customer service experience in retail before joining Fisk in the summer. With a calm and confident manner and efficient and diligent work ethic, Maisha has quickly established herself as an integral member of our team.

We will share our methodology with you so you can see how we have arrived at our valuation.

We will explain the merits of our various marketing strategies, including but not limited to Open Days, Block Viewings and the benefits of choosing between a Guide Price, Price on Application or a Fixed Marketing Price.

Our suggested strategy will generate competition among buyers, enabling us to convert enquiry into block viewings, this approach often leads to multiple bids for the property maximising the final selling price.

We recommend that the property is professionally cleaned paying attention to the kitchens and bathrooms, consider replacing sealants where necessary. If possible please tidy away any extraneous ornaments. Please also keep the lawn and edge trimmed and the garden free of refuse.

Fisks London ensures that all viewings are accompanied by one of our trained and qualified consultants. Our extended opening hours mean that we carry out viewings when other agents are closed, resulting in more viewings with more buyers for your property.

We provide regular feed back to our clients and offer regular review meetings.

On receipt of an offer we will notify you in writing and verbally. We will verify the buyer’s financial position to check that they are able to proceed.

When an offer has been agreed we will prepare a memorandum of sales, and send this to all parties.

There are no legal obligations on either party until contracts have been exchanged.

Once the sale has been agreed we will manage the conveyance process communicating with third parties on your behalf and keep you informed throughout. Please see our pop Guide to The Conveyance Process for more information.

We're here to help! Get in touch for a no-obligation discussion about your requirements.

We have put together a few resources to help you get as much information as you need. Our friendly team is on-hand should you have any queries or would like to discuss your options.